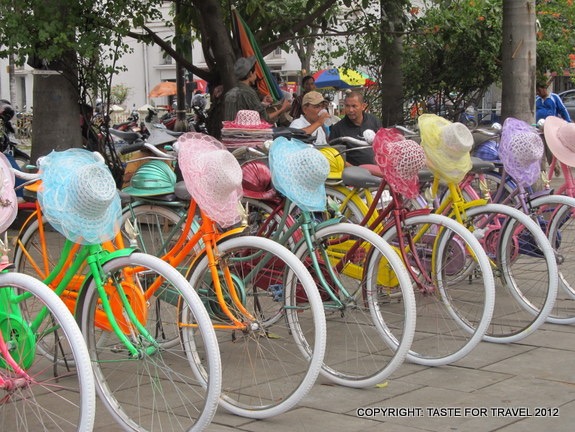 It´s in the 40´s and raining where I live. We need the rain, so I can’t complain too much…after several years of a severe drought, every little drop of rain is welcomed…and with Spring right around the corner, wildflowers blooming thru the countryside and summer picnics, swimming at the favorite watering hold, we need the rain…

But it can get sort of depressing…..the sun’s staying low in the sky..or covered up by the gray clouds that have decided to rule the day, or days…at least until Saturday, where they’ll move on and make the sun, King again.

Thinking of spring….makes me think of spring break…I laugh out loud here…because I worked for a nearby school district and every fall when everyone went back to school, staff back to work, the local teachers credit union would pass our calendars to all the staff and the staff would diligently and without fail open up their calendars and mark out the years holidays, teacher work days and vacation time… it never failed….we looked to holidays away from the kids on the first day of the kids return to school. Okay, I’m sure parents will find that insulting, but it’s not as bad parents, “can’t wait for the kids to go back to school and looking forward to it.
So we’re all even.

But aside from looking forward to spring for the obvious reasons…green grass, flowers, it’s also nice to get a break from winter…though where I live there isn’t much of a winter…maybe we get a whole week and a half of freezing weather throughout the winter season…and we even have days where, we trade in the pants, sweaters and hats for at least short pants and tees…and people sit outside and start working on tans…picnics and outings.

This year, I’ve gotten it my head that I want a garden…a vegetable garden. it’s been a couple of years since I’ve had one…it’s hard to have a garden here…we have too much shade, so the tomatoes and certainly the squash don’t give abundant fruit…but, we try. We acquired a tiller this year, to make it easier to work the dirt over…lets see if we are courageous enough to run the thing…it’s pretty scary.

I’m lucky, blessed enough to live where there are lots of parks…just across the street there is a small kiddy park, and north of me is another small park that included some baseball fields, further down there’s more baseball fields and soccer fields and the river…which cuts down the southern part of my little village…it’s a beautiful river named after one of the Archangels…
And than the city park, it’s a gorgeous place, dotted with giant pecan trees and oaks, and assorted other trees…the river winding gently down the park… a place for fishing and even swmimming….certainly lots of kids have enjoyed the river for long those long hot summers and for as long as the river was running over the damn, mothers gave permission to go swimming from morning to night….once the water stopped going over the damn, you were reprimanded to the nearby pool. Which was never as big or as fun…and it was used because there was no other place to cool off…well, you could cool off in the back yard with the sprinkler, but if you were pass a certain age, you wouldn’t be caught dead…unless you small siblings or little cousins visitng, maybe some of Moms friends with small kids in tow.

Spring is like fall here in this part of Texas…except for the colors…and summer is summer, hot brutal and dry…unforgiving…though this past year, we had a mild summer, a few hundred degree days, but not days and days of triple digit weather like in years past.

This year, as years go…I’ve decided to do a garden, get outside more and do some walking…I’ve gained too much weight, I need to lose it and walking is a good way, it’s easy on the joints. I need to check out a yoga class for stretching and to stay limber, though I’ve never been limber, I’ve always had tight hamstrings…I was never elastic when it came to my body…so yoga and the popular Tai Chi….I know several of my retired friends who just love this..and they are always talking about how great it makes them feel, so I need to check these out…easily available at the recreation center which is just a few hundred yards from the aforementioned river..named after an Archangel.

A bike, I used to ride a bike…I’d ride to the little town south of me…it was a 10 mile ride there, I’d go visit my mother, spend a few hours with her and head back another 10 miles, that was before the traffic increased and the crazy drivers and mass murders increased…Plus, I had a flat tire once and there was no such thing as a cell phone, so some compassionate person, took piety on me and gave me a ride home…if it had been a serial murder, I wouldn’t be writing this today. HA!!!
So, I’ve been thinking about a bike…something easy…nothing fancy….I guess, I finally outgrew the notion that I’d love to be the first woman to ride and win the tour de france…And I only watched while Lance was racing, I dont’ much care that he took endurance drugs to win…that’s between him and the Lord….for cheating…but I still think he was and is one of the best bike riders in the world…People cheat at all kinds of things…no one makes a big stink about it…until they get caught…and we’ve better things to worry about than Lance Armstrong.

A couple of summers ago, as I’m walking around our charming little town square, I spotted this stylish woman with gray hair, trim body riding her cute little pastel colored bike with a pretty pink basket tied to the front handle bars and I thought, I want one of those! Now, I’m always getting this great ideas, of things I want, things I want to do…like the Ukulele…I haven’t taken it out the nice case I bought for it in a quite a while…I look at the app on my iPad everyday and think I need to practice, but have I done so, NO…and I feel guilty…I should, I will…mañana!
So, I think the same about the bike…is it worth spending a couple of hundred dollars on something I’ll use a few times, and than it will sit and get rusty…like I’m getting rusty…Now, like most things, in this late years of my life, I think, again…if I had someone to ride with, that would get me out there…just like walking, if I had someone to walk with, I’d certainly have my oversized butt on those walking trails, or walking around the cute little city square which has won awards for it’s charm and attractiveness.
I used to be pretty independent…going to the movies, concerts and whatever alone…no one wants to go..or the one person who was suppose to accompany me to such things, just had no passion or desire to sit thru a couple of hours of the Nutcrackers Mother Ginger prancing around…No sir, real men don’t do that…he fell asleep one year and said that was so relaxing…so we never invited him again…
But now that I’ve gotten older I feel the desire to share some of those moments with other people…well, people I like, not just anyone….and so far, no one’s taken me on my invitations or hints…I think I’m pretty clear when I complain, ” it would be better if I could do it with someone”….but, No…it just hasn’t been the right bait to catch the fish who will be my partner in crime..well the crime of putting our aging bodies thru the grueling trails of hiking and biking…..

I guess, the bike will have to wait and my feet are probably better….chances are that I’d fall off a bike break an arm, or worse a leg and I’d be out on some godforsaken trail, alone before anyone discovered me….the fire-ants and vultures would find me before a human would….But…I’d look as pretty as that fashionable gray headed lady…abate with some extra weight on the hips and skinny legs…

So on this cold rainy weary day…I’ll head to the kitchen to start dinner and looking out my little kitchen window, I’ll dream about the spring and summer weather that just lies a few months away…and all the color that come bursting thru….and of course bikes…the bikes ridden by the local kids from the university near by, the folks out for their morning or evening exercise and thank whatever God that may exisit, that so far…I haven’t given up on the dream of a few things in my old age…even if I have to do them alone….sometimes, alone isn’t so bad.

Wherever you are…I hope the weather is tame…and if it isn’t be warm…read a book, knit a sock..or watch a movie…but dream of the beautiful days ahead…dreams, they are one of the few things we can do alone and relish and enjoy and even make them come true…sometimes, at least we can…in my case…that’s not possible, but it’s fun to think of the possibilities…..